So here I am exactly two years from my last update.
Every time I pop in and do an update on my life is pretty much the same. Relationship status job status talk about how broke I am and what my kids are up to.
Really not much has changed in two years.

Except maybe my sleep patterns. When I lay down for the night I can't keep my eyes open, when I wake up at 3am I can't keep them closed! My smart phone is making me tired by allowing me to easily access social media from bed.

Not to mention the games! Addict much?

Speaking of addiction I am 14 months smoke free. I've finally kicked the nic for good. Just in time to grow old hopefully. I look back at this journal and it seems like all of these things happened a lifetime ago.

Maybe I'll start writing again.
Not that there seems to be to many people around to read what I have to say anymore. Still it's kind of cool to look back and see what I was up to 10 years ago. 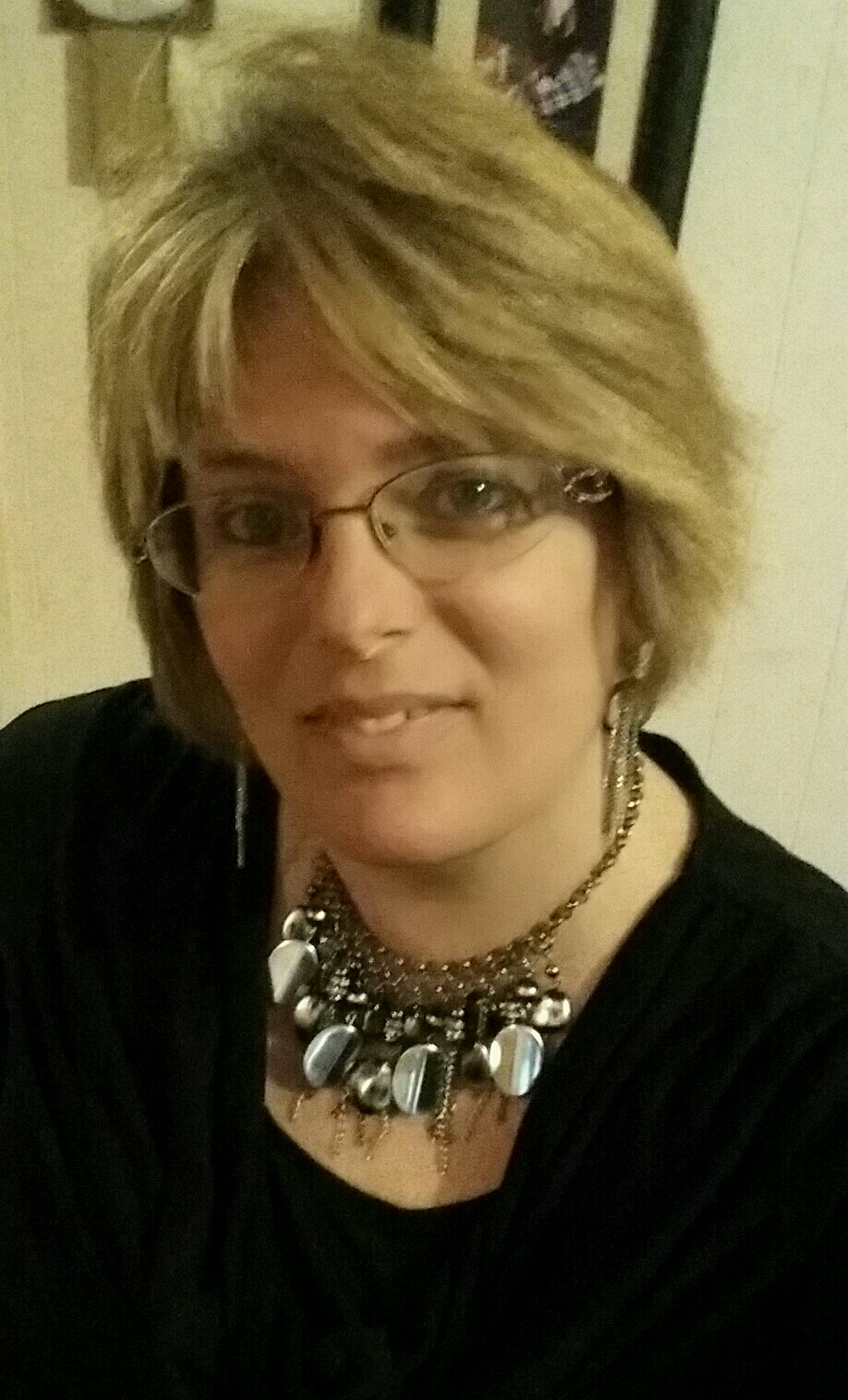 42 Random things about me

1. If I could pick one mundane task to never have to do again it would be grocery shopping. Food would just appear in my house as if by magic.

2. In high school I was in advanced choir, show choir, and a Capella choir. Now when we play rock band on xbox I get to play drums. I love most any type of music.

3. I once thought about writing to that make over show that makes you look ten years younger so I could sneak into an American Idol audition.

4. If you catch me making self-deprecating remarks it isn't because I am putting myself down - I just know I won't get mad at myself. After all, I wouldn't want to hurt someone else's feelings.

5. The floor of my van looks like it snowed cheerios in there.

6. I can read and walk at the same time.

7. I love steak and potatoes, I could never be a vegetarian.

8. No matter how early I start getting ready to go somewhere I still end up rushing around trying not to be late.

9. My daughter Emily is my mini me "deluxe version" - just like me but better.

10. I was born in Charleston. SC but have lived in Ocean View, NJ (where there is no view of the ocean - yet) for approximately 81% of my life.

12. One time I came in second in a swim competition - there was only one other swimmer and I barely made it across the pool.

13. My longest friendship has lasted for 36 years thus far.

14. I prefer Pepsi over Coke and drink diet soda - even when I'm not on a diet.

15. Even though I love music and can sing along to most anything on the radio I can rarely tell you the name of the song or who performs it.

16. My oldest child (Andrew) will be 17 this April. It seems like just yesterday I was sitting in the dr's office listening to the nurse in the next room laughing at me because I didn't think I was pregnant. I was eight weeks and two negative pregnancy tests along.

17. If I didn't have Logan to take care of on the weekends when my big kids are at their dad's I'd likely stay in bed all day long.

19. I once rode part of the way to SC in the back of our station wagon with a dead hamster.

20. I've never been out of the United States.

21. When I was a little girl I wanted a horse. I used to pretend my bike was a horse. I'm over it now, honestly.

23. Just kidding. My middle name is Elaine - same as my mom, granny, and daughter.

25 I have two teaching certifications, yet I work at a bank. It feels like I've been "institutionalized" and I'm afraid I'll never leave.

26 I grew up Catholic. I never enjoyed going to church services until I started attending the lighthouse church.

27 I am way too good at sedentary activities. I can crochet and do needlepoint like an old lady.

28 I love people wholeheartedly. I don't know how to be any other way. This sometimes leads to heartache for me.

29 I am the oldest of four. I have one brother and two sisters. I have six nieces.

30 My parents will celebrate 44 years of marriage this May.

31 All I ever wanted growing up was to get married and raise a family. It hurts that I have been divorced twice.

32 I met my boyfriend Kevin 22 years ago when we worked together at Sam's Club. We were friends and sometimes spent our breaks together.

33 It feels like Kevin and I never stopped talking. Now when we are apart I feel like a piece of me is missing.

34 I sometimes write poetry. I haven't written anything lately.

35 I hate when it rains in the winter yet I love a good thunderstorm in the summer.

37 I'd rather play a sport than watch it on TV, this has gotten difficult because of my weight.

38 I have a fond memory of my Dad getting embarrassed when I was in high school and we rented the movie Dirty Dancing. He got up and exclaimed "This is nothing but a bunch of people screwing with their clothes on" and stormed out of the room.

39 I felt the same way when I chaperoned my first high school dance.

40 I've not completely given up on my dreams. I still want to teach and I still want a marriage with the right man this time.

41 Some of my favorite movies: Moonstruck, Secondhand Lion, The Princess Bride, Radio, The Notebook

I just woke up to this show on tv. Basically people sing while being subjected to various tortures. I've seen people try to sing while being dunked in freezing water filled with reptiles, while being zapped, and while facing cactus obstacles. I don't get it. I also can't seem to stop watching. I need to know what final prize could be worth participating in this really sick show.

Posted via LiveJournal app for iPhone.

Sometimes I ask God why he gave me this defective heart? Did he really mean for me to go through life loving all of the wrong men who are incapable of loving me the same way in return?

I try so hard to be a good person and do right by others. Why am I alone again?

What do you do when you can't get a handle on your emotions? When everything seems to either piss you off or hurt your feelings? I used to come here and write about everything, it really was practically therapeutic. Maybe I haven't been here as much because things really have been pretty good, and the things that aren't that great are so redundant they don't seem worth complaining about. I mean hell I am broke all of the time and I'm used to that. At least I have a good job, my kids are in good health, and I have a roof over my head. I've got a good man that loves me. We've been trying to get healthier - exercise more and quit smoking. Somewhere along the line though I developed this fear that he wouldn't want to be with me anymore, but that he would stay because he doesn't have it in him to hurt me by going. Is that warped? Am I so twisted inside that I can't even believe a great guy would really want to stay with me? Like he had a weak moment or something and now he can't escape. Maybe some of this is nicotine deprivation talking. After all it is almost 1:30AM and I am contemplating getting dressed and going to Wawa. I don't think I can survive a night without nicotine, chocolate, or sex! What the fuck was I looking forward to the weekend for? I am so frustrated. Hell Mike's asleep next to the nightstand that has the vibrator in it. I have no detachable shower head anymore. I have on these uncomfortable satin and lace underwear that I now remember why I never wear them. They are impractical and they give me a wedgie, but I put them on because they were different from the every day boring old underwear and I thought SOMEONE might get a rise out of the different tactile sense. Oh well. I thought if I typed it out I would feel better, but mostly I still feel frustrated and on edge. Hope this is just withdrawal and that it passes quickly.

2010 had it's ups and downs, I'd like to think more ups than downs. Many, many, many of the ups had to do with my relationship with Mike. He is wonderful, I have "almost" nothing to complain about. Of course he is a man, so I am "sure" I could find something.

This Saturday will be one year since our first date. He's going to spend it fixing up my bathroom with my brother-in-law! Poor guys. The nasty old window in the tub needs to come out and the tile and some of the sheetrock replaced and a fan put in.

The kids are great, so big! Someday soon I hope to have my laptop back, then maybe I will be here more often. I hope everyone here is well.

The tellers who tried to set me up yesterday by shredding my copies of vault slips were fired today. Finally, what goes around comes around. What a relief.

5 things I am thankful for:
My family
"My Mike"
My job
My continuing ability to breathe
My sanity....oops scratch that...that God gave me a sense of humor - trust me I know some people who are missing out!

What a crappy day at work today. It was busy this morning and when I disbursed money to the tellers I handed my copy of the slips out with the money. Two of the three tellers who got money decided to shred the slips instead of putting them in pile where I keep them until time to settle out. Then when I couldn't get the vault to work and was looking for slips they left for the day without saying a word about it. Lisa and I pulled apart all the work and matched all of their slips with mine. We determined which ones were missing, made new ones and settled out. I mentioned they had probably thrown them out because they are mean and spiteful like that and Lisa decided to check the shredder. The disbursement slips were blue and we were able to fish many of the pieces out of the shredder because everything else was white. This is not the first time they've tried to trip me up or get me in trouble....just the first time I can prove it.

I can't believe I've become such an LJ slacker. Sometimes I feel like my originality and imagination left my body when Logan did! I stop by and catch up once in a while but have very little to say. Things are pretty good for the most part. I am still with Mike and still working full time at the bank. Roger quit his job in April and has since stop paying his child support. My parents helped me catch up some bills and I am struggling financially. Mike and I have passed the six month mark together. We are taking things slow, I do not want to rush like I did with @sshole and have to pay for it later.

The kids are 14,10 and 3. It doesn't seem possible! I don't really have too many pics of them all together because Andrew tries to spend as little time here as possible. He worked his first summer job and he starts high school in just over two weeks. Time is just flying by!
Collapse